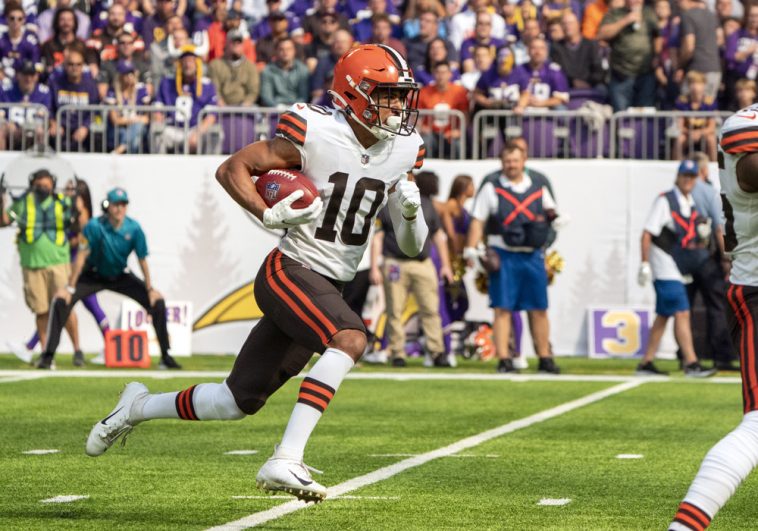 MINNEAPOLIS, MN - OCTOBER 03: Cleveland Browns Wide Receiver Anthony Schwartz (10) runs with the ball during a game between the Minnesota Vikings and Cleveland Browns on on October 3, 2021, at U.S. Bank Stadium in Minneapolis, MN.(Photo by Nick Wosika/Icon Sportswire)

Now that both the OTA’s and minicamp period has concluded, I’m going to provide everyone with my updated week one roster projection for the 2022 season. There have been a few changes made, and I’ll explain my reasoning for that at the end of each position list. You can find my initial list for reference here: 2022 Cleveland Browns: Way Too Early 53-Man Roster Projection

Changes: I’ve removed the fullback position because I think Cleveland will retain all five running backs due to their importance in the offense. The Browns also used Harrison Bryant in the backfield as an extra blocker last year, and throughout the 2022 offseason thus far. I believe that they’ll cut Johnny Stanton and keep him on the practice squad while using Bryant in the backfield when needed in 2022.

Changes: I swapped out Ja’Marcus Bradley for Michael Woods II because he has had a great offseason so far. Cleveland selected Woods for a reason, so I believe that they like what he brings to the table at the bottom of the wide receiver room.

Changes: I’ve obviously included Jadeveon Clowney this time because he’s officially joined the team. I believe that the Browns will keep six defensive ends because most of them have inside/outside versatility. This frees up Cleveland to carry only four “true” defensive tackles.

Changes: I have the Browns keeping Tommy Togiai on this version instead of Sheldon Day because of Togiai’s ability to play 1-technique. He’s currently the only other defensive tackle on the roster besides Elliott that has the strength to provide quality snaps at 1-technique.

Changes: I now have Cleveland only carrying five linebackers so that they can carry an extra cornerback.

Changes: Reggie Robinson II has been kept to add depth on the boundary, as well as his versatility to play safety if needed as well.

Changes: I now have the Browns only keeping four safeties because of Reggie Robinson’s CB/S versatility. 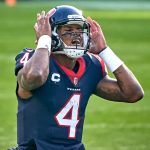 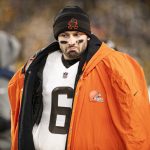