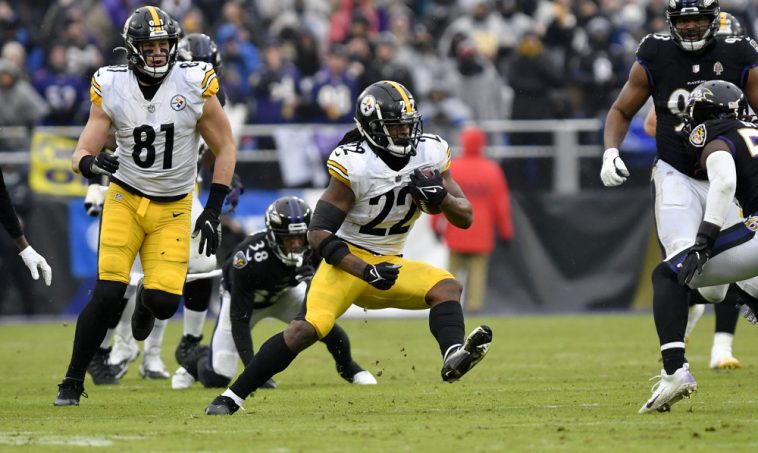 After an unusually active offseason, the Pittsburgh Steelers are preparing for one of the first seasons of uncertainty in over a decade. Longtime quarterback Ben Roethlisberger has finally retired, leaving the reins of the organization in the open. The team is also reeling from the tragic death of quarterback Dwayne Haskins. With so many question marks, how do the Steelers stack up in a loaded AFC North division arms race?

In 2021, the Steelers continued their consecutive winning seasons streak by going 9-7-1, placing second in the division behind the Bengals. That was good enough to clinch a Wild Card spot and a playoff matchup against the Kansas City Chiefs. Pittsburgh came up short at Arrowhead, dropping the game 42-21. Pittsburgh’s defense dominated and was led by edge rusher T.J. Watt, who tied the NFL’s single-season sack record with 22.5 sacks in his 16 games played. The back end of the defense was led by defensive back Minkah Fitzpatrick. The offense, however, sputtered in the hands of now-retired quarterback Ben Roethlisberger. Their only saving grace was rookie running back Najee Harris’s 1,667 total yards of offense.

QB: Advantage Browns
I’m not too high on Kenny Pickett, but I’d take Deshaun Watson (on the field) or Jacoby Brissett over a rookie quarterback any day of the week.

RB: Advantage Browns
Najee Harris is a good back, but he’s no Kareem Hunt, let alone Nick Chubb. The Browns have a legitimate claim at the best running back room in the league, and the Steelers have one solid back.

WR: Advantage Steelers
Listen, I love Amari Cooper as much as the next guy, but the Steelers are just deeper. Diontae Johnson and Chase Claypool are legit threats on the outside. George Pickens, if he can stay focused on the field, has star potential. Not to mention, Anthony Miller and Calvin Austin off the bench can easily contribute if one of the Steelers’ top three goes down.

TE: Advantage Browns
David Njoku might not have put everything together as of yet, but I’d take him over Pat Freiermuth. Toss in Harrison Bryant’s production and I think the Browns have more depth at the position, although both teams could use another solid piece or two.

OL: Advantage Browns
Pittsburgh invested heavily in their offensive line, but the Browns still have the stronger front. Part of that is due to Bill Callahan, but they just have better pieces in place. Wyatt Teller and Joel Bitonio are some of the best at their position. Jedrick Wills had a strong rookie season that he can hopefully return to. Pittsburgh’s unit has a lot to prove.

DL: Advantage Steelers
Although the Steelers mainly use three-man fronts, they have a stronger group than the Browns. Again, a Clowney signing may flip this position group to the Browns, but as it currently stands, Pittsburgh’s depth is just better. Myles Garrett can only account for so much production, and compared to the group of Cameron Heyward, Tyson Alualu, and Stephon Tuitt, I’d take those three.

LB: Advantage Steelers
T.J. Watt is a menace to society, and it helps that he has Devin Bush and now Myles Jack lining up next to him. Robert Spillane, who is now relegated to a rotational role in the black and yellow’s linebacking corps, is even a solid piece. If Jeremiah Owusu-Koramoah and another Browns linebacker (Jacob Phillips?) can take a major step forward, the Browns could overtake the Steelers here.

S: Advantage Browns
This is probably the closest position group, but I’d lean Cleveland here. Yes, Minkah Fitzpatrick is really good, but the Browns are deeper. Grant Delpit, John Johnson III, and Ronnie Harrison are all able to start. Richard LeCounte has legit talent, he just needs to put it together. The Browns have more depth and more upside at the position.

Special Teams: Advantage Browns
Both teams struggled on special teams a season ago and focused on rebuilding. I think Cleveland did better. Jakeem Grant is a better returner than Gunner Olszewski. Right now, I’d take Cade York over Chris Boswell. And Corey Bojorquez is a much more talented punter than Pressley (not Percy) Harvin. 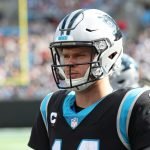 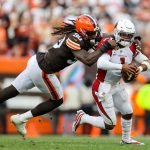