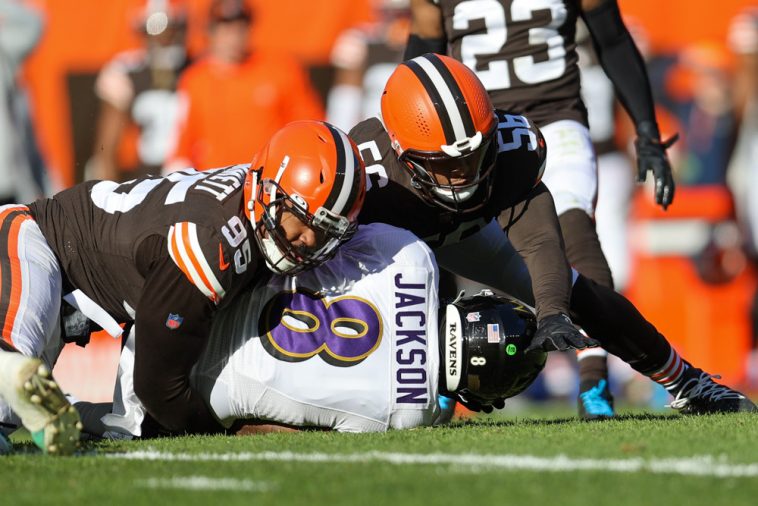 The Baltimore Ravens, hated rival that they are, had quite an interesting offseason. One filled with rumors, draft day surprises, and other adventures that seem almost Browns-like. Well, older Browns-like. The main storyline for the Ravens is the constant negotiations with their star quarterback Lamar Jackson. Jackson, who famously does not use an agent, has had no indications to open up negotiations with his team. That, coupled with some puzzling moves – including a draft-day trade of WR Hollywood Brown – seems to have upset Jackson.

In 2021, the Baltimore Ravens finished last in a loaded AFC North with an 8-9 record. Their scoring offense and defense were average, finishing 17th and 19th in the league respectively. Against the division, the Ravens were beat up, going 1-5 with their only win coming against the Browns in Week 12. Lamar Jackson dealt with injuries throughout the season, but backup QB Tyler Hundley was strong off the bench in relief.

QB: Advantage Browns
Assuming Watson plays, I’d think he’d perform better than Jackson. Lamar has shown some growth in the passing game, but I’d go out on a leap to say that Watson is a better all-around quarterback than Jackson.

RB: Advantage Browns
It’s hard to beat a 1-2 combo of Nick Chubb and Kareem Hunt. I love J.K. Dobbins, but he can’t scratch the surface of either of the Browns’ top two backs.

TE: Advantage Ravens
Mark Andrews has been one of the top tight ends since entering the league in 2018 and there’s no reason to believe that he won’t be able to keep it up. Plus, the Ravens picked up a sneaky good tight end in Isaiah Likely in the fourth round of this past draft.

OL: Advantage Browns
This one was close. Real close. Each team has three solid starters, but it’s the depth that sets the Browns apart. The Browns are rather deep at offensive line and have guys at all levels that can step in and contribute for a few games if need be. The Ravens don’t have that.

DL: Advantage Browns
Barring a Jadeveon Clowney signing, the Ravens have a better unit. Drafting David Ojabo and Travis Jones filled out an already strong unit. They brought back the ageless wonder of Calais Campbell and have solid depth. The Browns, on the other hand, have a lot of question marks.

LB: Advantage Ravens
Joe Woods doesn’t prioritize linebackers, so it makes sense that the 3-4 defense of the Ravens has a better linebacking corps. Patrick Queen is a bona fide stud in the middle. Tyus Bowser and Odafe Oweh are solid starters for most teams. They lost L.J. Fort, but they don’t really need him anymore.

CB: Advantage Browns
Denzel Ward vs Marlon Humphrey at the top is a wash. I’d take Greg Newsome over Marcus Peters at this point. The Browns have more upside at the position, especially if Greedy Williams and A.J. Green build off of their strong 2021 seasons.

S: Advantage Ravens
This one was also close, but adding Kyle Hamilton to an already stacked safety room puts Baltimore over the top. Hamilton and Tony Jefferson coming off the bench is just plain unfair. 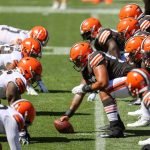 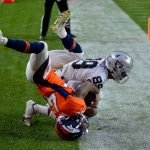