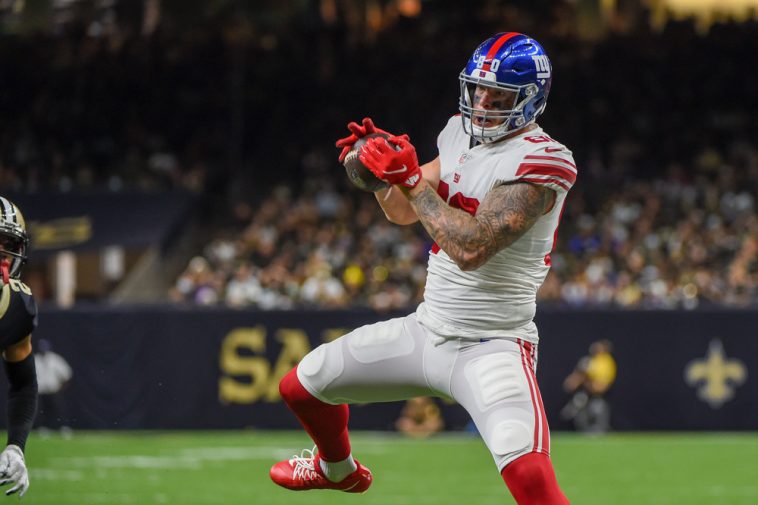 NEW ORLEANS, LA - OCTOBER 03: New York Giants tight end Kyle Rudolph (80) hauls in a pass in the flat during the football game between the New York Giants and the New Orleans Saints at Caesars Superdome on October 3, 2021 in New Orleans, LA. (Photo by Ken Murray/Icon Sportswire)

Andrew Berry and the rest of the Cleveland front office have done a great job of filling the needs of this team so far. However, it seems like the Browns will need to dip into free agency to find a sub-package tight end that can either come in to block or provide an extra red-zone threat near the goal line. Though the UDFA tight ends that Cleveland has signed have potential, I don’t think that any of them will realistically make the 53-man roster. Let’s take a quick look at a few players who are still currently available.

This would be a no-brainer signing for Kevin Stefanski as the two have spent an immense amount of time together during their run in Minnesota. The Vikings have used Rudolph in a multitude of ways including lining him in the slot or out wide near the goal line to catch some “jump ball” touchdowns. Cleveland currently doesn’t have any receiving threat with the height or wingspan that Rudolph has, so there could definitely be quite a bit of mutual interest between the two parties. At this point in his career he might also be willing to accept a one to a two-year deal at the veteran minimum salary as well, so that’s also a positive for Cleveland. Oh, and did I mention that he’s originally from Cincinnati as well?

At only 25 years old, Smith doesn’t have the overall experience that Rudolph has, but he certainly has the talent to produce when called upon. During his three seasons for the New York Giants since being drafted in 2019, he has shown the consistent ability to “move the chains” and be an above-average blocker in both the pass and run game. He’s not the fastest guy in the world but displays crisp route running and field awareness. He’s also someone who won’t cause Cleveland to give up a significant amount of money to add. Kaden Smith would be an excellent acquisition to solidify and round out the tight end room for the Browns.

Tyler Kroft is someone who I feel hasn’t really had a fair shot in the NFL as of yet. Though he’s been in the league since 2015, I don’t think he’s gotten the overall credit that he deserves as a player. He’s only started one full season and was more than adequate as both a receiver and blocker for the Bengals in 2017. His only downside has been his inability to stay healthy, so if that improves, this would also be a no-brainer signing for me. He’s also been labeled as more of a blocking-specific tight end thus far throughout his career, but he has made some great plays on the receiving end as well. As mentioned previously, if he stays healthy, the 6’6″, 255-pound Kroft would also give the Browns an additional red-zone target for Deshaun Watson. 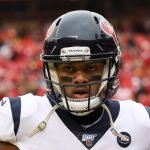