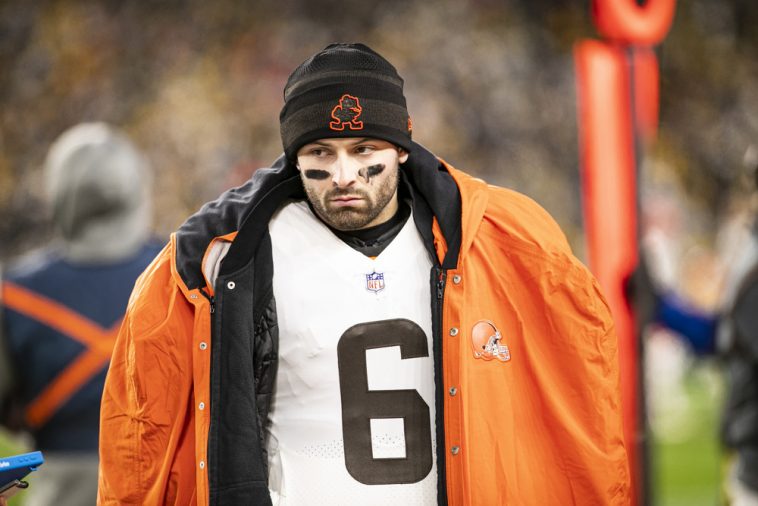 PITTSBURGH, PA - JANUARY 03: Cleveland Browns quarterback Baker Mayfield (6) looks on during the game against the Cleveland Browns and the Pittsburgh Steelers on January 03, 2022 at Heinz Field in Pittsburgh, PA. (Photo by Mark Alberti/Icon Sportswire)

With the bad taste of Baker Mayfield drama in Cleveland’s mouth, it’s no secret they want to move on from the former number one pick. No team is likely going to trade for a quarterback when they believe he will be released. With roughly a $19 million price tag, it’s going to be hard, to say the least.

Here are a few Baker Mayfield trade scenarios that can happen over the next 3 days:

The Browns trade Baker Mayfield and a 3rd-round pick for Carolina’s 5th-round pick and a 2023 3rd-round.

With approximately 30 million to spend, Carolina will have to eat Mayfield’s salary. At the very least, they will have to take on most of it. I’d assume no less than $14 million. On arrival, after a successful physical for Baker, Carolina can cut ties with QB Sam Darnold and release him leaving very little financial repercussions. Then again, they can keep him, let them battle it out, pick a starter and a good backup plan.

With both guys looking for long-term security, a team to call their own, and a big payday this competition could get fierce. Both quarterback’s contracts are up this year. It makes this a savvy deal with many options for the Panthers front office which would make this deal appealing to them.

In this package, Cleveland receives Seattle’s second pick in the 2nd-round and a 5th-round pick (#41&#153). Seahawks receive Baker Mayfield and a 6th-round pick (#202).

This scenario brings us decent value and for that we’ll have to eat $12-13 million of his salary. However, Seattle now has three quarterbacks on the roster for roughly $15 million. That alone leaves the front office more money to add quality players. With Seattle looking to rebuild, this gives them a chance to see if the former number one pick is the guy they want to build around.

Make no mistake, John Dorsey is keeping an eye on Baker Mayfield. Let this be known as well: a high 2nd-round pick holds more advantages to the front office than the last pick in the 1st-round when negotiating contracts. When you own the #32nd and #34th pick, you can make a safe splash play.

In this scenario, Detroit receives Baker Mayfield and picks #118 and #223(a 4th-round and a 7th-round pick). In return, Cleveland makes their splash play into the 1st round for picks #32 and 5th round pick #177. The only way this happens involves, once-again, is with Cleveland eating the lion’s share of Baker’s salary for Detroit to add another 1st overall pick to compete with the one already on their roster. This also can lead to a discussion that the Lions can save $20 million dollars next year by releasing Jared Goff, if Baker Mayfield beats him out.

Atlanta has currently penciled in QB Marcus Mariota as their guy, but do they trust him to stay healthy all year? Thats where the Browns come into play.

Atlanta gets a better quarterback, and we finally get considerable value for a player people say isn’t trade-able. Thats what they call a “win-win,” but it can get even better for us. That $9 million they chew off Mayfield’s salary, that money should be enough to sign Clowney for another year in Cleveland. That my friends, is the sweetest cherry on top ever. 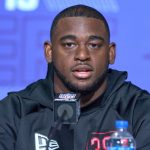 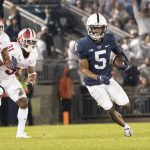