Nick Chubb is special. Everyone affiliated with the NFL knows this. He was voted the 33rd best player on the NFL’s top 100 players list before the 2022 season. 33rd overall, but #1 in the heart of every Browns fan, Nick Chubb is the guy that every team gameplans for, and he still won’t be stopped.

Since the Browns drafted Chubb with the 35th pick of the 2018 draft, he has been the lifeblood of the franchise. Chubb was so good as a rookie that the Browns traded starting RB Carlos Hyde mid-season to the Jaguars. What else were the Browns to do? Nick Chubb wouldn’t stop scoring touchdowns even though he wasn’t getting many opportunities. In a 2018 week 4 OT loss to the Raiders, which still pains me to this day, Nick Chubb had three carries, 2 of which were touchdown runs of 63 and 41 yards. It was obvious this guy was different, weeks later he was named our starter and no one has looked back since.

According to ClevelandBrowns.com, Nick is “One of six players in NFL history that have rushed for at least 950 yards and eight rushing touchdowns in each of their first four seasons joining Hall of Famers Earl Campbell, Eric Dickerson, Barry Sanders, LaDainian Tomlinson and future Hall of Famer, Adrian Peterson.” Currently sitting at 841 rushing yards and 10 touchdowns in 2022, Chubb will easily meet these qualifications for the fifth year in a row.

Every year Nick seems to get better and is now seen as the best ‘pure’ runner in the NFL. But, what truly makes Nick’s legacy as a football player more interesting is the legacy that came before him, the legacy that he wears on the back of his jersey; the Chubb legacy.

In Northwest Georgia there is an unincorporated town called Chubbtown, and, no, it’s not a coincidence. Henry Chubb and his 7 brothers, believed to be the grandsons of the oldest known ancestor Nicholas Chubb, founded a colony of free African-Americans in 1864. Each of the brothers were skilled tradesman, including a blacksmith, a wagon maker, a house carpenter, a sawmill operator, and a few farmers.

At a time when the country was being ripped apart by the civil war, there were not many free African-Americans in the south, and those that were free had naturally migrated north or to the bigger cities in the south, except for the Chubbs.

Henry Chubb purchased 120 acres for $900 in 1864. It is believed the land was bought from a white landowner who had lost his fortune in the war. The land was and still is considered the middle of nowhere in Floyd County Georgia. The fact that this community was self-sufficient enabled it to survive the end of the Civil War and the Jim Crow south. Chubbtown is something out of a storybook.

At the height of its prosperity, the community was comprised of a church, a post office, a school, a sawmill, a casket company, a cotton gin, a cemetery, a grist mill, a syrup mill, a wagon company, a blacksmith shop, a lodge and a meeting hall (Dawgnation.com).

If Nick is any indication of what his ancestors were like, we know for certain they were intelligent, strong, hardworking, and of course quiet. 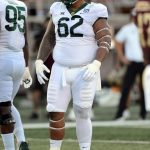