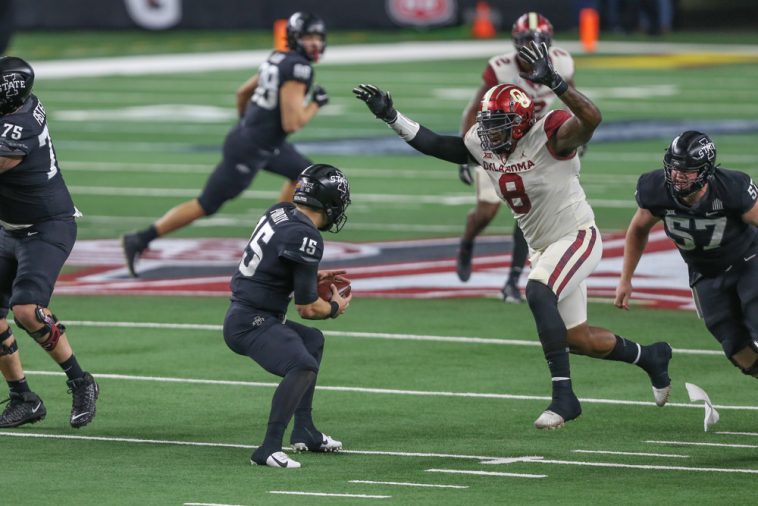 The Cleveland Browns 2022 NFL Draft class provided the team with a lot of great depth options at a plethora of crucial positions. Andrew Berry has shown once again that he has always had a plan and that you can never truly predict what he’s going to do at each specific pick. There’s a lot to be excited about within this year’s draft class. It’s going to be extremely interesting and exciting to see how each player fits into the equation for a successful 2022 season and beyond.

Martin Emerson was a dominant cornerback in the SEC over the past three seasons. He’s an extremely long, rangy, finesse corner who has the ability to play in a multitude of defensive schemes. While Emerson was known for his ability to play off-man zone coverage while at Mississippi State, he’s also displayed his ability to play press-man coverage at an above average level. He does a great job of timing his punch to slow down the receiver’s release, while at the same time be able to flip his hips effortlessly and crowd the receiver throughout his route. Emerson isn’t the fastest cornerback in the draft, but he makes up for it with his overall length and quickness.

Why did the Browns pick Emerson? Though it seemed somewhat mind-boggling at the time, the Browns want to make sure that they never run out of quality cornerbacks ever again. One of the most triggering times for both the Browns organization and fans alike is the 2021 post-season. Cleveland allowed Pittsburgh and Kansas City to pass for almost 800 yards combined in these games. The main reasons for this was injuries, spotty play, and overall instability at the cornerback position. That can absolutely not happen again if the Browns want to win a Super Bowl. The fact that Troy Hill was traded on day three of the draft, showing that a trade was most likely already lined up when Emerson was selected, and Greedy Williams’ injury issues most certainly helped drive this selection. It seems as though Andrew Berry saw Emerson as being one of the top players available at this spot so he pulled the trigger. Initially I gave this selection a “C” but seeing that Berry already knew that Hill was going to be traded, it was upgraded to a “B”.

Alex Wright is a raw, developmental pass rusher who has been rising up draft boards due to his traits and potential. He has above average length and power which allows him to consistently separate himself from offensive lineman and “find the ball” as both a pass rusher and run defender. He needs to add more pass rush moves and better technique to his repertoire in order to develop as a more consistent player.

Why did the Browns draft Wright? Cleveland needs to add depth at the defensive end position and why not add one that has the potential to be a bookend starter alongside Garrett for the foreseeable future? If Jadeveon Clowney re-signs (Which it appears that he will), this pick becomes even better. Having the freedom to let Wright “sit” for a season behind the likes of two former No.1 NFL draft picks at the position? Yes please. This was a no-brainer selection for Cleveland.

David Bell is an exceptional route runner and technician at the wide receiver position. He has the ability to beat press-man coverage with his ballerina-like footwork and football IQ. Bell shows exceptional body control, balance, and leverage manipulation throughout his short to intermediate routes. He uses his head and shoulders extremely well to influence defenders throughout his initial route stem as well. Bell lacks the initial burst or suddenness you like to see as an outside receiver, but shows incredible promise as an inside or slot receiver at the NFL level. He is also able to handle heavy workload (Averaged almost 80 catches per season at Purdue). Though his below average testing and athletic scores at the NFL combine is something that can’t be ignored, he has shown that testing numbers don’t always define you as a productive player.

Why did the Browns draft Bell? It’s no surprise that the Browns need help at wide receiver. It was gut-wrenching seeing Cleveland trade back from pick 44 with a guy like George Pickens there, but being able to draft Bell where they did certainly took some of the sting away. Bell has the ability to come in day one and contribute quality snaps as a slot receiver. It’s still unknown whether or not Jarvis Landry will re-sign with Cleveland so it was smart to grab Bell at pick 99.

Perrion Winfrey is a hyper athletic, prototypical 3-technique defensive tackle. His non-stop motor and violent hands make him one of the top interior pass rushers in this year’s class. Winfrey possess a lot of core power and strength that allows him to explode upfield and deliver an impactful “pop” to offensive lineman. Though he’s almost at an elite level in the pass rushing category, his run defense could use some work. He often relies on his quickness and agility too much in the run game which allows better blocking angles to be exposed and exploited by blockers. The 2022 Reese’s Senior Bowl MVP should be able step into a team’s defensive line rotation day one and produce.

Why did the Browns draft Winfrey? It’s no secret that defensive tackle was one of Cleveland’s biggest needs and weaknesses entering the 2022 NFL Draft. They needed to come away from this draft with capable player at this position who could provide quality snaps up front for Joe Woods’ defense in 2022. They believe that they found that guy in Perrion Winfrey.

Cade York is without a doubt the best kicker in this draft class. York has come up big in clutch games throughout his career at LSU and possesses above average leg strength and accuracy. Converted 78.9% of his career FG attempts over 50+ yards, and 84.6% of overall FG’s over the last two seasons.

Why did the Browns draft York? Cleveland hasn’t been able to find a steady, confident kicker since they had Phil Dawson. York comes to the NFL with a different, above average pedigree so Berry thinks this time around could be different. The Browns have been in numerous close games within the past two to three seasons that ended up as losses because of missed field goals and extra points.

Jerome Ford lit the American Athletic Conference on fire in 2021 with 1,529 total yards and 20 touchdowns. He’s a running back that’s displays an excellent blend of game breaking speed and explosive power with the football in his hands. Ford has also shown the ability to create mismatches out of the backfield in the passing game as well. He has soft hands and is adequate as a pass blocker, which eludes to the fact that he should have a decent chance to stick as a third-down back and change of pace rusher at the NFL level.

Why did the Browns draft Ford? Though it’s unfortunate for the Browns organization and fans alike, Kareem Hunt will most likely not be on the roster in 2023. He’s in the final year of his contract and will probably (and rightfully so) want a decent sized contract in order to re-sign with the team. The fact that Deshaun Watson was given so much guaranteed money makes it tough going forward for Cleveland financially. They will most likely have to make do at positions like No.2 running back with other in-house options such as Ford and/or Demetric Felton. Both are similar to Hunt in the sense of what they bring to the offensive gameplan, specifically as receivers out of the backfield.

Mike Woods is a development, raw wide receiver who shows decent acceleration and overall speed. Though he shows the potential to be a deep threat at the next level, he seems to be extremely stiff and tight-hipped. It sometimes looks like he’s moving in slow motion when he’s breaking at the top of his routes. He’s also very inconsistent in catching the ball away from his body with his hands.

Why did the Browns draft Woods? Cleveland needs to add depth and playmaking to the wide receiver room in 2022 and beyond, so they decided to take a flyer on Woods. Though there might’ve been better options on the board at the time, he’s atleast shown big-play potential so they saw him as an adequate selection in the late rounds. He might be a candidate to stick with the organization as a practice squad player if he doesn’t manage to make the 53-man roster.

Isaiah Thomas is a prototypical-sized 4-3 defensive end who shows the potential to develop into a full time three-down pass rusher at the NFL level. He uses his hands and shoulders effectively overall and moves well laterally down the line of scrimmage. Displays a decent repertoire of pass rush moves as well. Thomas is also an excellent penetrator, giving him the ability to shoot and shut down gaps in the run game using his speed and quickness. Though he shows great potential as a well rounded defensive end in a four-man front, he needs to improve his lower body strength and anchor. He gets sealed or pinned inside too often on outside run plays.

Why did the Browns draft Thomas? Andrew Berry was given a gift when Isaiah Thomas fell to Cleveland in the 7th round. He could very well end up being the “steal” of this year’s draft class for the Browns. Many scouting services had him graded as a 5th round talent. He’s actually has shown inside-outside versatility at Oklahoma as well which is something that Defensive Coordination Joe Woods loves. Thomas can play inside at defensive tackle to create pass rush mismatches on obvious passing downs. He has a great chance to make the roster due to his ability as an overall well-rounded edge prospect.

Dawson Deaton has started 35 games at Texas Tech at every position along the offensive line. Though he is an experienced starter at a high level, he shows a lack of overall strength and power. He has a longer, slender lower body which makes him appear to be more of an offensive tackle than a guard or center. He plays with exceptional technique in both the pass and run game but desperately needs to add more play strength. Though he lacks the neccessary bulk and power to handle NFL defensive lineman, he shows a surprised ability to anchor against bull-rushers. This is most likely because of his technical ability to sink his hips and raise the defensive lineman’s pad level. He may have the chance to make an NFL practice squad or even as a “swing” guard/center prospect at the end of a roster as long as he continues to develop his overall lower body.

Why did the Browns draft him? Just like at wide receiver and defensive end, Cleveland needs to add depth at the center position with J.C. Tretter now gone. Analytically, the Browns felt like he was a good value pick with their final selection in the draft. 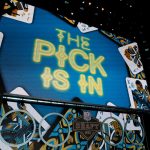 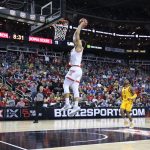