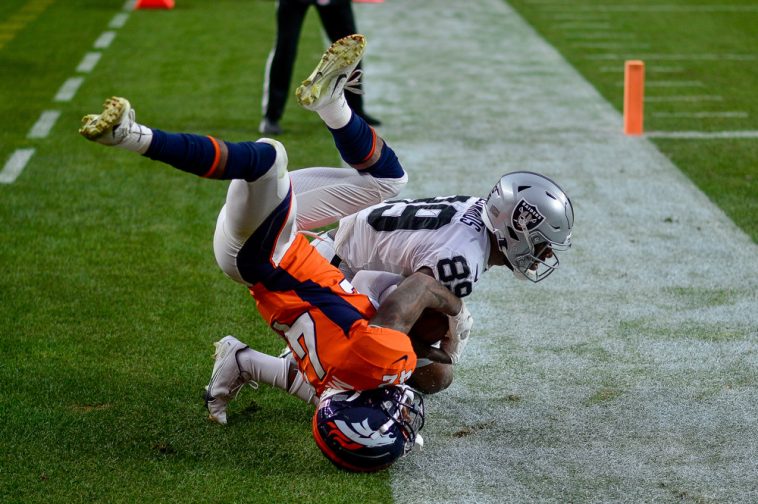 Luther was then signed by the Minnesota Vikings to their practice squad and was promoted for one game against the Green Bay Packers. After one game, he was sent back to the practice squad. He then spent training camp with the Vikings but was released with the final roster cuts going into the 2021 season.

His next stint was with the Atlanta Falcons where he spent the season on the practice squad but was promoted in the final week of the season and he finally made his NFL debut against the Buffalo Bills. On May 16th, 2022 he was released.

One day later on May 17th, 2022 the Cleveland Browns claimed Luther from waivers.

Reggie Robinson was selected in the fourth round (123rd overall) by the Dallas Cowboys. He spent two seasons with the Cowboys. In his first season, he appeared in 5 games after being hurt in 11. He had 1 tackle and 1 forced fumble in 2020. Going into the 2021 season the Cowboys were hoping he could be a very good rotational player for their defense but he was sidelined for the whole season with a toe injury. In March of 2022, he was waived by the Cowboys.

The Houston Texans claimed Reggie off of waivers and on May 16th, 2022 was waived yet again.

On May 17th, 2022 the Cleveland Browns claimed Reggie.

Parnell was undrafted in 2020. He signed with the Tampa Bay Buccaneers where he made the final 53-man roster. He played 2 games before he was waived by the Buccaneers.

The San Francisco 49ers claimed him off waivers the following day. He was on the practice squad and released by the 49ers then signed back 2 days after.

The Broncos ended up signing Motley off of the 49ers practice squad and he played the rest of the season starting 1 game and playing in 2. He had 8 Total Tackles, 1 Fumble Recovery, and 1 Pass deflection but was waived before the start of the 2021 season.

The Detroit Lions then claimed him and he was on the practice squad for all but 1 game but he never made the field. He signed a futures contract with the Lions but was waived by the Lions on May 10, 2022.

On May 18th, 2022 the Cleveland Browns signed Motley. There are no contract details at this time.

The 3 players were added for depth and as training camp bodies. They all will have to fight for their spot on the roster. Most likely all three will end up on the practice squad or have a good pre-season and another team will add them to their 53-Man roster.

They could make the Browns’ active roster but they will most likely have to be nothing short of perfect in order to do so. The most realistic scenario is they all end up on the Browns’ practice squad where they can continue to develop and hopefully become part of the 53-Man roster. 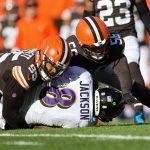 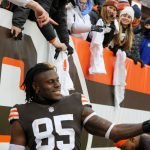