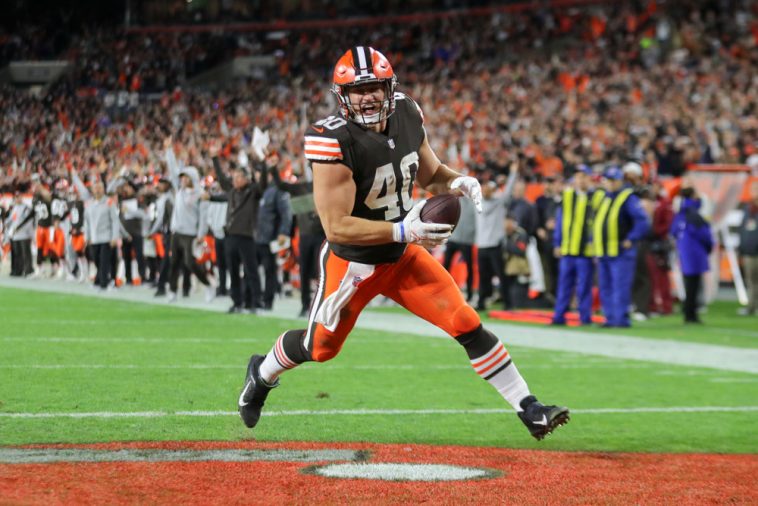 When the Cleveland Browns selected Freddie Kitchens to lead the team there was some notion that he would succeed.   Kitchens had Baker Mayfield and the Browns’ offense firing on all cylinders to end the previous season, and there was no indication that it was a fluke. However that was not to be and resulted in Kitchens being fired, and Kevin Stefanski being brought in as the new head coach the following season.  Stefanski brought with him a track record of success via turning the Vikings’ offense around.  Part of this success was the use of the fullback.

“I have a healthy respect for the fullback position. I think it gives you some versatility – because the defense has a hard time knowing whether we’ll be in a one-back, two-back, or empty set. In addition, and maybe most importantly, the fullback brings a physical aspect to our football team, which is very important to me.” – Kevin Stefanski (Via  – ClevelandBrowns.com)

As Stefanski took the reins one of his tasks was to form an offense that would win games. One of the first moves was on January 28th, 2020 with the signing of Johnny Stanton IV to a reserves/future contract. Stefanski had previously worked with Stanton on the Vikings, so he knew he was getting a known quantity.  Then on March 20, 2020, the Browns acquired fullback Andy Janovich from the Broncos for a seventh-round pick in the 2021 draft.  The indication was clear that the Browns intended to fully incorporate the fullback into this new offense.

For the 2020 season, Stanton would end up on the practice squad only being called up for one game with no touches, while Janovich would see playing time in fourteen games, and starting three.   Janovich was targeted five times, catching two for a total of thirteen yards, and rushed twice for four yards. In this scheme the fullbacks weren’t intended as primary targets, but as Stefanski stated above, but to confuse the defense.

During the 2021 season, Stanton would play four games being targeted twice for seven yards, and rushing three times for five yards.  Janovich would play in thirteen games being targeted four times for a total of nine yards, and rushing twice for zero yards.  Combined over the 2020-2021 seasons the two produced two touchdowns for the Browns, and a combined total of thirty-six yards all told. If you were to compare their numbers to a receiver or tight end, there would be no comparison as the receivers and tight ends would dwarf their production.

Stefanski embraced the idea that the fullback wasn’t meant for production, but as a presence on the field.  Over the last two seasons, fans were able to see Stanton and Janovich living this existence of being on the field working, while not producing stats. These long spells of no production were punctuated with the occasional highlight.  The most memorable moment was Stanton’s first career touchdown vs the Broncos during a Thursday night game.  While an exciting moment for Stanton and the fans, it would be the last hurrah for the fullbacks.

In March of 2022, the Browns chose not to pick up Janovich’s contract option, leaving him a free agent.  At the time it seemed that the Browns might simply move forward with Stanton alone to handle the workload.  Throughout the off-season, training camp, and preseason games, Stanton was visible on the field along with other players trying to make the team.  It seemed assured that Stanton would make the team or at a minimum be reverted to the practice squad as in previous years.

With the release of the 2022 initial roster on August 30th, 2022 it was announced that Stanton had been cut from the team.  Shortly after there were reports that the team would not pursue him for the practice squad either. Then, Stanton made it official with a tweet:

“Love you Cleveland, but it seems that it’s my time to move on. I hope I have been half as good to this city as it has been to me. See you in the next spot.” (via – Twitter)

The Cleveland Browns are no longer a team that will carry a fullback.  With slots on the team at a premium, and little to no production from the fullback position, the cuts seem obvious.  The Browns have decided that production is better met with less confusion producing backs, and with more straightforward, smash-mouth football.  It isn’t hard to imagine that either Stefanski is evolving the offense and learning from past years while adding Watson into the mix, or that Andrew Berry and/or management are forcing the change.  Maybe it is a bit of both with the resolution always being the elimination of the fullback, but we’ll likely never know.  The fullback is a dying position within professional football and Kevin Stefanski breathed some life back into it, if only briefly. 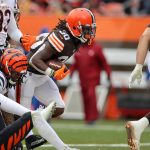 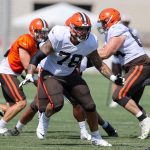