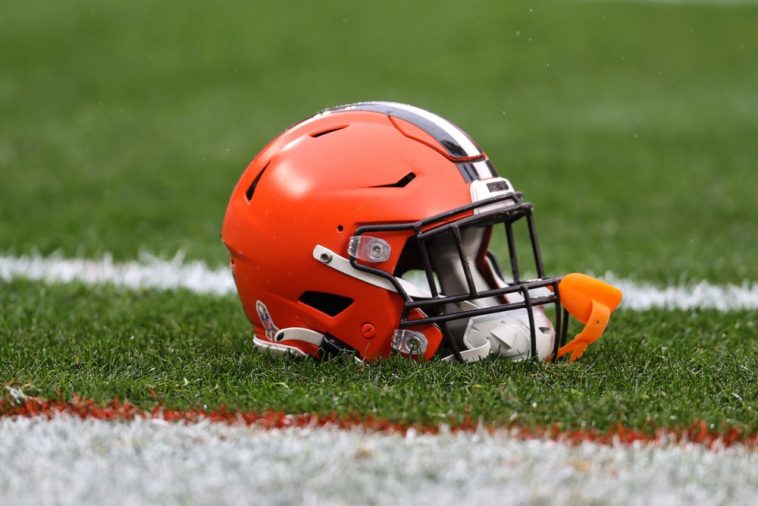 The first week of training camp has just about wrapped up, and a lot of exciting new things are happening. Here are a few of my notes from training camp so far.

– Deshaun Watson and Jacoby Brissett have been splitting reps 50/50 with the starters throughout the first week of training camp. Both have looked extremely accurate for the most part, but Watson looks a lot more smooth in his movement and footwork.

– Both Brissett and Watson show comfort and control over the offense in terms of knowing the playbook and audible/check systems that Stefanski has in place.

– This Cleveland offense is going to look a lot different in terms of formations and pre-snap shift/motion packages. There were a couple of plays where Kareem Hunt lined up in the slot, then motioned into the backfield next to Nick Chubb.

– Kareem Hunt has been lining up at receiver a lot throughout the first week of camp and catching a lot of balls. It’s obvious that Cleveland is trying to find ways to get the ball in his hands in more innovative ways compared to last season,

– Demetric Felton has been consistently used at both running back and at slot receiver throughout camp.

– All runningbacks have had a good camp thus far throughout individual and team drills.

– Amari Cooper has been the talk of training camp so far. He’s shown off his exceptional route running and leadership skills in every phase of camp. He’s always the first one to start each drill and seems to be taking the younger guys under his “wing” and working with them on the sideline.

– Donovan Peoples-Jones is showing off his excellent hands, consistently making acrobatic catches all over the field. He’s mostly been working at “Z” in team drills.

– Anthony Schwartz was having a solid camp before he went down with the knee injury.

– Jakeem Grant has quietly had an amazing showing at wide receiver so far, lining up both in the slot and on the outside. His pure speed is what stands out most, especially on fade routes and out of his breaks on dig routes.

– Mike Woods is making a case for himself to make the 53-man roster. He’s showing that he’s much more than the “One-Trick Pony” that he was portrayed as coming out of college. Woods has shown a good understanding of the playbook and good route running so far.

– David Njoku has looked excellent every day this week. Stefanski is finding different ways t get the ball in his hands, especially within the 5-10 yard range. There have been a few TE Slip-Screen variations practiced, and a couple of them look like they could be dangerous with his elite athleticism. Njoku has also been lining up in the slot in “11” personnel formations with Harrison Bryant lining up at TE. This could make for an excellent RZ/EZ package to provide Cleveland with bigger Redzone targets.

– Johnny Stanton is currently running as the third tight end, with Miller Forristall spelling him from time to time in team periods.

– This is the least concerning and probably the most boring position group to cover during training camp. Cleveland will continue to have one of the top offensive line units in the league, especially now that Jack Conklin seems to be getting healthier. He was officially activated off of the P.U.P. list on day five of camp.

– The starting offensive line has been: Jedrick Wills at LT, Joel Bitonio at LG, Nick Harris at C, Wyatt Teller at RG, and a combination of Chris Hubbard and James Hudson at RT while Conklin is out.

– Nick Harris seems to be extremely confident as the starting center and looks to be a lot stronger than he was a season ago. He also communicates well with everyone on the offensive line when making protection calls and adjustments. Though J.C. Tretter will be missed, this offensive line won’t skip a beat with Harris at center in 2022.

– The entire position room has looked great overall in drills, with little to no false start “penalties” so far as well in team activities.

– Jordan Elliott continues to be the biggest topic for conversation. He’s bulked up to around 320 pounds but has kept an athletic, in-shape frame. If he plays the way that Cleveland needs him to in 2022 (and the way he’s been practicing so far), then he may be the key to unlocking a more consistent run defense.

– The defensive tackles getting the most reps so far in camp have been Taven Bryan, Jordan Elliott, Tommy Togiai, and Perrion Winfrey.

– Rookies Alex Wright and Isaiah Thomas have each taken a few snaps inside at defensive tackle as well in certain packages.

– The Browns are bringing in Defensive End Chris Odom for a tryout, who was the 2022 USFL Defensive Player of the Year.

– The entire linebacker group is performing extremely well. The starters throughout the first couple of days of padded practices have been Anthony Walker, J.O.K., and Sione Takitaki. Jacob Phillips has rotated in quite a bit with the first team defense at both SAM and MIKE linebacker.

– Tony Fields had a nice interception of Jacoby Brissett that got the crowd going wild.

– The star of this positional group has been Grant Delpit. He has been flying all over the field making plays since the first day on the field.

– Greg Newsome looks noticeably bigger in terms of stature than he did in 2021. This will help him immensely because he’s inevitably going to have an increased amount of contact while working in the slot. He’s going to be relied upon to help out a lot more in run support as an overhang player and might have to cover bigger opposing receivers.

– It appears that Greedy Williams and Martin Emerson are the top candidates to play on the outside at boundary corner when Cleveland uses their Nickel packages.

– A.J. Green is picking up exactly where he left off last season in terms of playing extremely well. He has been rotating in at both field and boundary corner and holding his own. Green also had a nice interception this week.

– Cade York has been extremely consistent day in and day out thus far, which is an unbelievable breath of fresh air.

– As expected, Jakeem Grant has been taking about 90% of kick and punt return reps with Demetric Felton and Donovan Peoples-Jones jumping in once in a while. 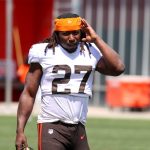