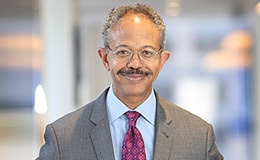 The fate of Deshaun Watson is now in the sole possession of Peter C Harvey, former Attorney General of New Jersey.  Simply put, the NFL didn’t like the objective ruling of disciplinary officer Judge Sue L Robinson, who was jointly selected to rule on the matter by the NFL and NFLPA.

In Robinson’s 16 page memo detailing how she arrived at a six-game suspension, Robinson writes, “Here, the NFL is attempting to impose a more dramatic shift in its culture without the benefit of fair notice to – and consistency of consequence for – those in the NFL subject to the policy.”

The NFL is retroactively trying to change the Personal Conduct Policy by using Watson to set a new precedent, something that Judge Robinson would not assist in.  Robinson ruled that Watson’s alleged action did not fall in the category of violent conduct, which would require a six-game suspension.  Using precedent set by previous NFL rulings in non-violent sexual assault cases, Judge Robinson would not fall in line with the NFL’s wishes for a full year suspension.  Even though Watson’s six-game suspension was more than anyone had previously received for non-violent sexual assault.

Thus, the NFL has turned to Peter C Harvey for the decision that they want.  Harvey has a “strong relationship” with the NFL according to ESPN’s Jeff Darlington.  Harvey assisted in the application and development of the Personal Conduct Policy, he is a member of the league’s Diversity Advisory Committee and has previously heard team-related arbitrations.  Darlington writes, “This isn’t intended to be an independent or neutral party.”  Harvey is Goodell’s guy.

As it sits, Watson is slated to start in Friday’s preseason opener against the Jacksonville Jaguars. But, Watson’s availability in the preseason may change in the wake of Harvey’s ruling, which some believe will come tomorrow before Watson is able to take the field. 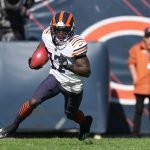