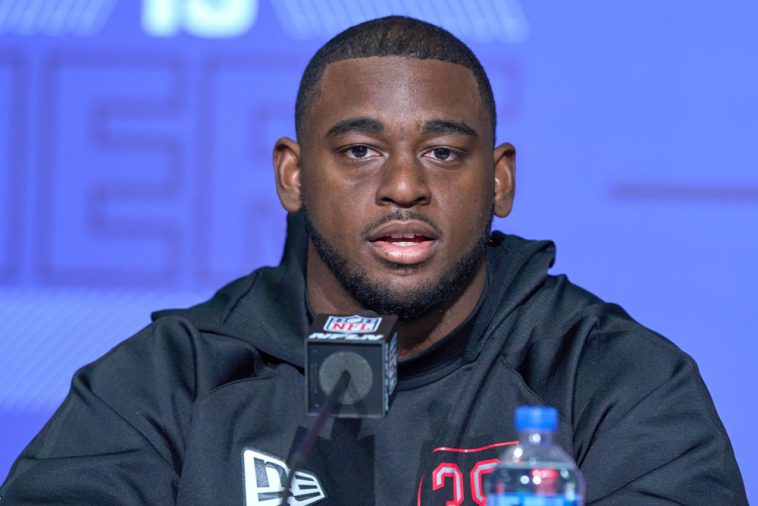 INDIANAPOLIS, IN - MARCH 04: Kentucky defensive lineman Joshua Paschal answers questions from the media during the NFL Scouting Combine on March 4, 2022, at the Indiana Convention Center in Indianapolis, IN. (Photo by Robin Alam/Icon Sportswire)

Joshua Paschal was a four star recruit coming out of Good Counsel High School in Olney, MD in the class of 2017. He was ranked as the No. 11 strong-side defensive end in the country as a senior. Paschal held offers from the likes of Notre Dame, Alabama, and Oklahoma but ultimately chose to commit to the University of Kentucky. He quickly proved why he was so sought after as a prospect. He was a stalwart in the Wildcat’s defensive line rotation since the moment that he stepped on the field as an 18 year old Freshman.

Paschal had the ability to play all over the defensive line for Kentucky, both on the interior and edge. He went on to become one of the most consistent and productive defensive lineman in UK football history. He ended his Wildcat career with in an outstanding senior season in which he earned First Team All-SEC honors and an invite to the 2022 Reese’s Senior Bowl, in which he earned defensive player of the week.

Flexibility/Bend: He has an extremely thick lower body which sometimes makes him appear to be “stiff”, but he does a good job of dipping and twisting his upper body at the right times to help counter that. He currently relies more on his strength than finesse as a pass rusher.

Pass Rush: He is fairly raw in this category. He shows everything that you need to be an effective pass rusher on the edge, and indeed show flashes of consistency from time to time, but he needs to add moves to his repertoire and have a pass rushing “plan”. He does a extremely good job of rushing from the interior as well from the defensive tackle position due to his lightning fast first step and motor.

Run Defense: He explodes out of his stance with a low pad level and a wide base, which allows him to anchor and counter drive blockers and double teams. Paschal also displays great play recognition and lateral movement skills which allows him to remain stout and set the edge on off-tackle/outside plays. Above average block shedding ability as well. His great blend of speed, technique, and power allowed him to live in the opposing backfields throughout his career. He also has a non-stop motor when it comes to this category.

Versatility: He has the skill set and physical build to play in both a 4-3 and 3-4 defensive scheme.

Projected Round: Early 3rd round to 4th round.

Joshua Paschal is the epitome of a college football “feel good story”. His teammates and coaches considered him a leader both on and off the field throughout his time at Kentucky. He was the player that the team rallied around due to his competitive toughness, emotion, and versatility.

He projects best as a strong-side 4-3 defensive end in the NFL. His game reminds me a lot of Brandon Graham. He has the speed and twitch to “run the arc” as a pass rusher (just needs to put it all together), and the strength/power to dominate at the point of attack against the run. He also carries inside/outside versatility as well, so he can also lineup inside at the defensive tackle position in different pass rushing sub-packages. Paschal has the potential to be a day one starter in an attacking 4-3 style defense as long as he continues to work on his pass rushing skills. 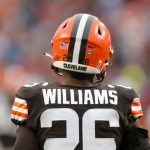 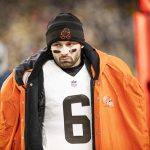