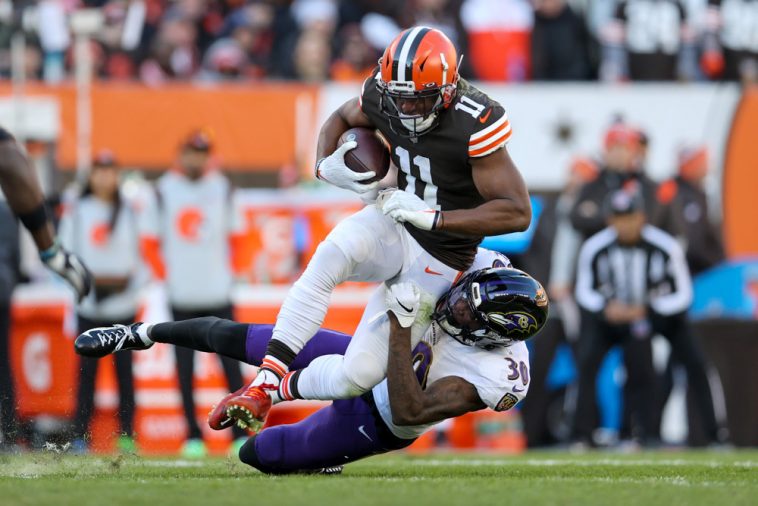 Cleveland Browns WR Donovan Peoples-Jones has yet to have a breakout season. However, Browns Head Coach Kevin Stefanski has provided fans with some encouragement.

Without Odell Beckham Jr. and Jarvis Landry on the roster, he is primed for an opportunity to contribute on another level this year and climb up the depth chart. Amari Cooper is a clear-cut WR1 on this roster and rookie WR David Bell will presumably play in the slot.

Donovan Peoples-Jones entered the league as a sixth-round draft pick of the Cleveland Browns in 2020. In his rookie season, he played in 12 games (starting 2) and caught 14 passes on 20 targets for 304 yards and 2 touchdowns.

His target share increased in 2022 in 14 games with 9 starts. Peoples-Jones was targeted 58 times and recorded 34 receptions for 597 yards and 3 touchdowns.

He has flashed big-play ability with receptions of 75 and 60 yards in his first two seasons as well as a game-winning touchdown against the Bengals in week 7 of his rookie season.

Cleveland Browns HC Kevin Stefanski recently commented on Peoples-Jones’ development and offered the following: “We’ve talked about how dependable he is,” Stefanski said. “He does what he’s supposed to do. He’s where he’s supposed to be. I do see his game growing. I think his body control — catching the ball and contested catches has never been tough for him — that’s just one of the traits he has. 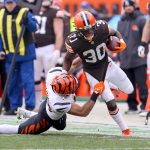 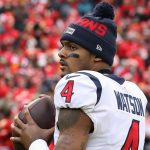