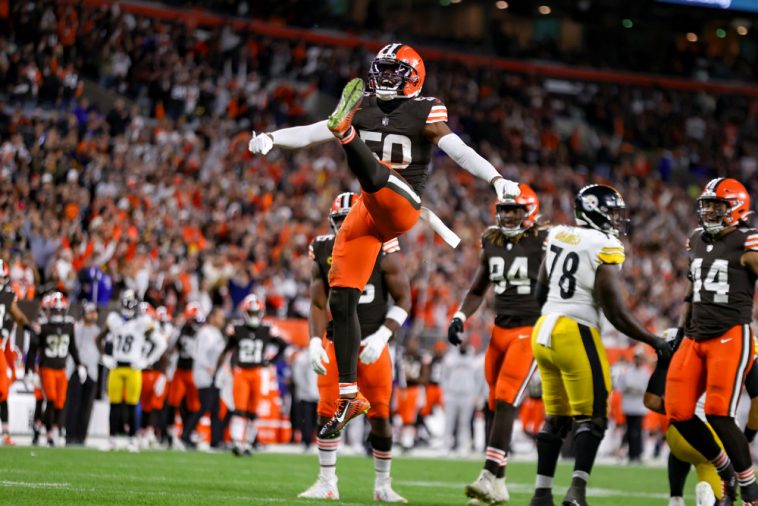 CLEVELAND, OH - SEPTEMBER 22: Cleveland Browns linebacker Jacob Phillips (50) celebrates after making a sack during the fourth quarter of the National Football League game between the Pittsburgh Steelers and Cleveland Browns on September 22, 2022, at FirstEnergy Stadium in Cleveland, OH. (Photo by Frank Jansky/Icon Sportswire)

The phrase “next man up” coincides with the game of football.  Injuries are unavoidable and will plague every team in the NFL.  Some teams are ready to handle the inevitable and others are not.  The Cleveland Browns have prepared Jacob Phillips to be the next man up.

Phillips, entering his 3rd year with the Browns, has had a tough go of it thus far.  Jacob’s rookie season was hindered by a knee injury that kept him out of six games, along with a Covid-19 designation in December of that year that kept him out an additional game.  His second year in the league was abruptly derailed when he tore his bicep tendon in a joint practice with The New York Giants.  Though the injury was thought to be season-ending, Phillips was able to come back for the last four games of the 2021 season.

Now, Phillips has had some time to build momentum and find his groove.  For most of training camp, Phillips was taking the Mike LB snaps while Anthony Walker was battling a groin injury.  Jacob Phillips is prepared to lead this defense.

When on the field, Phillips has displayed the abilities to cover, communicate and pressure the quarterback.  Communication is key because he will take over signal calling as the MIKE LB.  Since joining the Browns, Phillips has been a player that coaches, fans, and teammates alike have been excited to have on the field and, now, he can truly show his potential.  Stefanski applauded Phillips the day after the Steelers’ game saying, “the two plays he made late in the game with the blitz and the sack and then the PBU (Pass Break Up) were outstanding” (247Sports).

Mike LB refers to a defensive position, the middle linebacker.  Signal calling is represented with a green dot on a player’s helmet, meaning they have a direct line of communication with coaches.

You can check out how Jacob Phillips performs in his new starting role on Sunday, October 2 at 1:00 pm, when the Browns face off with the Atlanta Falcons at Mercedes Benz Stadium. 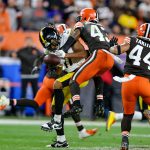 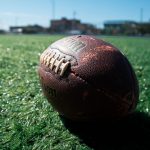