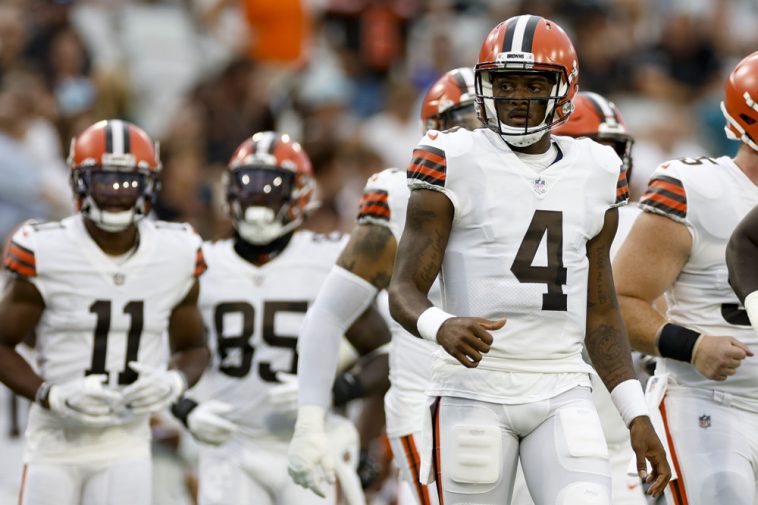 Friday, August 12th, 2022 – For the first time in the 2022-2023 season, the Cleveland Browns took the field. Most of us were tuning in to watch new quarterback Deshaun Watson take his first snaps as a Cleveland Brown but it didn’t go as planned with Watson going 1/5 for 7 yards. It wasn’t the great start that many were hoping for. However, the backups and rookies really put on a show leading the Browns to a victory 24-13

The Browns’ first quarter was not great at all offensively but the defense really impressed me even though they gave up six points. They really had that bend don’t break mentality because both times the Jaguars got in the red zone the Browns tightened up and only allowed 6 points. They also were given a short field to work on and still didn’t let up a touchdown. The biggest story from the First Quarter was on the second play. Starting Center Nick Harris suffered an injury and was carted off the field.

The 2nd quarter was a lot different for the Browns. We saw rookie Jerome Ford show us that he is ready to be in the NFL with a 41-yard run in the middle of the second quarter. Ford then finished the drive with a three-yard touchdown. Other than that the Jaguars held the ball for most of the 2nd quarter, but with less than a minute left rookie Martin Emerson Jr played bully ball and just snatched the ball out of WR Jeff Cotton Jr’s hands. Emerson would take it 74 yards for a pick-six.

The offense continued to show glimpses with the backups in. These depth players definitely could be competing for a spot on the final 53. We got to see Cade York knock in a 31-yard field goal. It was an amazing show of athleticism from Josh Dobbs getting out of the pocket and floating it to Jerome Ford who had an amazing catch for another score. The defense dominated in the third quarter and didn’t allow a score. Two sacks in the second quarter by Isaiah Thomas and Chris Odom were followed by a fumble recovery late in the 3rd quarter by D’Anthony Bell.

The 4th quarter was uneventful compared to other quarters with a combined 2 turnovers and a loss of downs for the Jaguars. Herb Miller had a toe-tap interception later in the 4th. The defense was stout and Isaiah Thomas came up with another sack. The final score was 24-13 with the Browns starting the Preseason 1-0.

The rookies overall played exceptionally well, especially Emerson, Ford, Thomas, and York. They all did what they were supposed to do but most did it even better. This is what preseason is all about – getting these young guys reps and getting them back to live football.

Dawgs Of The Week 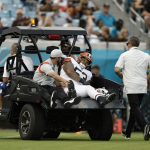 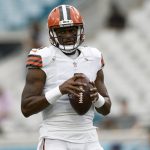