Whether or not you like the moves the Cleveland Browns have made in the past months, we are where we are.  Deshaun Watson may be suspended, he may not be.  But one thing we know for certain is that Jacoby Brissett will play an important role in the Browns’ upcoming season.  Either Brissett is going to start and play in a significant number of games or Brissett will be a backup to Deshaun Watson.

That’s why it’s time we put some respect on Brissett’s name, learn a little about who he is, and avoid pigeonholing him as a disappointment before the season has started.  We need to understand the gravity of the position that Brissett finds himself in and rally to his support.  None of us thought we would be here,  but what good does projecting disappointment do for the success of the Cleveland Browns?

We never used to have trouble deluding ourselves into thinking ‘this is our year’, or ‘so and so will all of a sudden improve 10x and carry us to the playoffs.  In the darkest of times, we at least forced positivity.  We tried to give ourselves, our team, and our players hope that this year, things would be different.

But with winning comes cynicism, and now the conversation is: will John Doe take us over the hump? are they good enough? Are they holding us back?.  All fair questions in the business of the NFL, especially when it comes to the quarterback position.  But we haven’t played a game.  We haven’t seen Brissett take the field for the Browns.  Yet, to some fans, he is already a disappointment.  Let’s try to think about how this year could be different for Brissett.  As we have done with journeymen quarterbacks like Josh McCown, Brian Hoyer, Robert Griffin III, and Tyrod Taylor, just to name a few.

Despite the in-house drama and the elite competition in the AFC, I am choosing to believe in the Browns, and that, given the opportunity, Brissett will perform well enough to win games in Cleveland.

Brissett’s biggest strengths right now are experience and size.  He has started nearly two full seasons for the Indianapolis Colts and more recently solidified himself as a top-tier backup.  Brissett has seen action in 60 games for three different franchises in his career, including four years with the Indianapolis Colts. Thus far, Brissett has completed 60% of his passes, thrown 36 touchdowns, and surrendered 17 interceptions.  Though we choose to view journeymen quarterbacks as a pejorative, the truth is that you can only play for multiple teams if multiple teams are interested in what you bring to the table.  As for size, Brissett is 6’4”, weighs 231 lb, and has rushed for 13 touchdowns in his career. There is a reason he is entering his seventh season as a respected quarterback.

Regardless of who is under center for the Browns, Andrew Berry and Kevin Stefanski will put them in the best position to succeed.  Darius Butler, a nine-year NFL veteran and former teammate of Brissett, said, via The Pat McAfee Show, “I think Andrew Berry has done a great job building around that quarterback position so that whoever comes in there can still win games.”  Butler continued, saying, “It’s not like Jacoby is, you know, some slap trying to figure it out.  Jacoby has been around this league for a while.  You can win with Brissett playing quarterback.”

All I am asking is that we focus on why it could work with Jacoby.  Not only because he is a Brown, but, more importantly, we may not have another option. 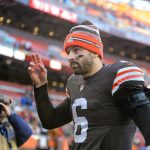 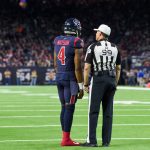